One of the things about vegetable growing is the need to think and plan ahead and nothing says this more than the arrival of the seed catalogues.  It requires us to think about what has grown well and what hasn't, what we want more of and what we want less of (please don't make me eat any more cucumbers). And most excitingly of all, what we want to grow that is new to us. As I write this, the gales are blowing and the rain is falling so a perfect time to sit back and think of next year.

What has done well?

I don't think we could call the weather typical this summer, even though it may become the new norm in years to come. We have had very little rain fall and many many hours of sunshine  which has obviously meant that some crops have really done very well and others have suffered. Plot holders have managed to grow watermelons outside this year with the picture below as proof. This is a  Dawn cutting her final one.  If you would like to have a go next year, there are seeds in the Kings catalogue for a variety called Charleston Gray and one called Sugar Baby. The description for the Charleston Gray seeds does start off with 'Not normally associated with British gardens but...' . It also says start them early. Dawn, do leave us a comment to say how you grew them.

There is also the cucamelon which allotmenteers have grown and I have tasted.  Kings say that they are a grape-sized cucumber tasting of water melon with a fresh tinge of lime. I thought they tasted of green, if you can taste a colour, and cucumber. The ones I have seen growing at RHS Rosemoor in their polytunnel are prolific.  They need similar conditions to cucumbers so a reasonably fertile soil and water. James Wong has an informative blog post about growing cucamelons with suggestions for ways to eat them. I am going to try them next year.

I like to try at least one new tomato each year and this year I tried Rosella.  It is a cherry tomato with quite a dark skin and a tangy tomatoey taste which is how I like my tomatoes.  The fruit grows on large trusses which spread out like fans rather than down a single truss like Sungold and it has recently been given an Award of Garden Merit (AGM) meaning that it is a good doer with a great taste.  The fruits did split later on in the season but so do Sungold and Black Krim/Russian both of which I also grow and love. 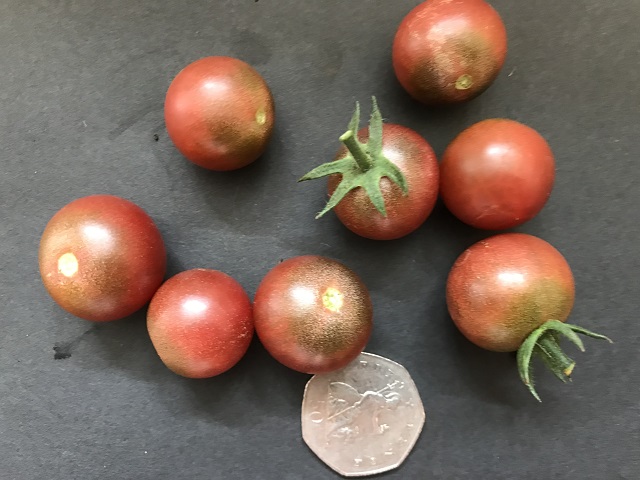 I will grow this one again.  Looking through the tomatoes in the catalogue, has anyone tried Black Opal? If you have, please leave a comment about the taste and how well it grows. I would like to try it next year.

What are you going to grow next year that is new to you?  Leave a comment and then anyone who has grown it successfully already can reply and pass on some of their tips.

Don't forget seed orders should be made with full payment by cheque ( payable to “Exmouth District Allotments Association”) or cash. They can be taken to the shop on either site or delivered to Roger.

Soft fruit orders need to be submitted by Sunday 21st October seed and potato orders in by Sunday November 4th.

#2 Joy 2018-10-19 16:21
I am amazed at the one outside doing better, Dawn. Maybe it was too hot in the greenhouse!
Quote
#1 Dawn Witkiss 2018-10-17 16:11
I grew my watermelons in the greenhouse & outside, the one outside grew the best with several watermelons, no special treatment just watered well throughout the summer, long hot summer undoubtably helped.
Quote
Refresh comments list 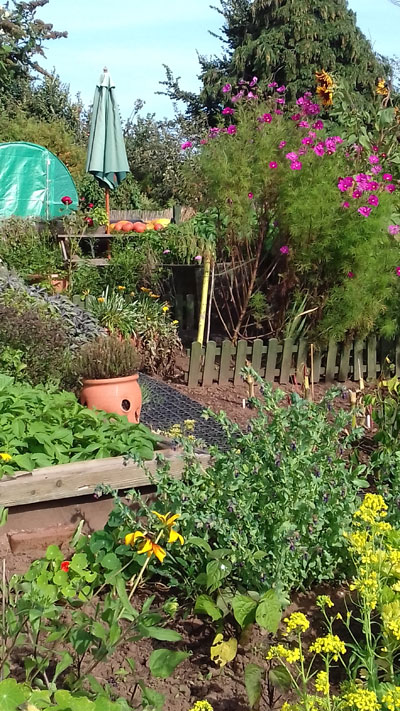